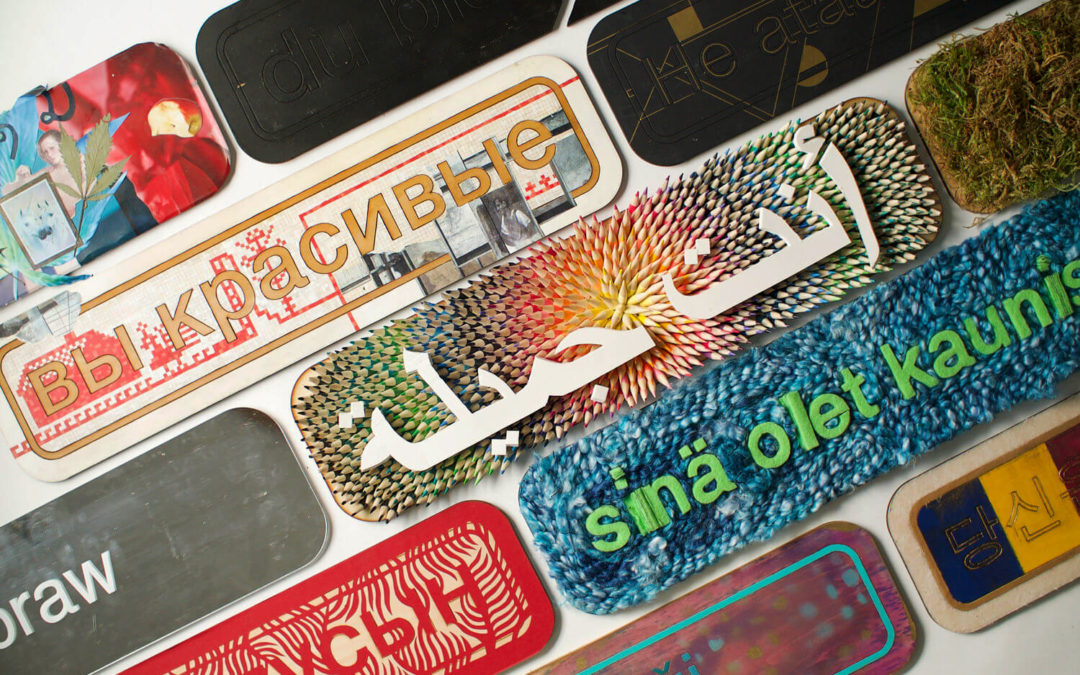 Since Bright Side began, they’ve interviewed some of the most remarkable people, each one with an incredible story of perseverance that’s unique as it is inspiring. Every single one of their interviewees has had to find their way at some point, be it in the art world or in a new and unfamiliar country. That’s why they decided to send out 100 wooden panels, each with Matthew Hoffman’s trademark “You Are Beautiful” design inscribed in various languages, to immigrants and first generation artists living within the United States.

The Narrative’s Sofya Karash was invited to design a board that captured her culture and journey to America. 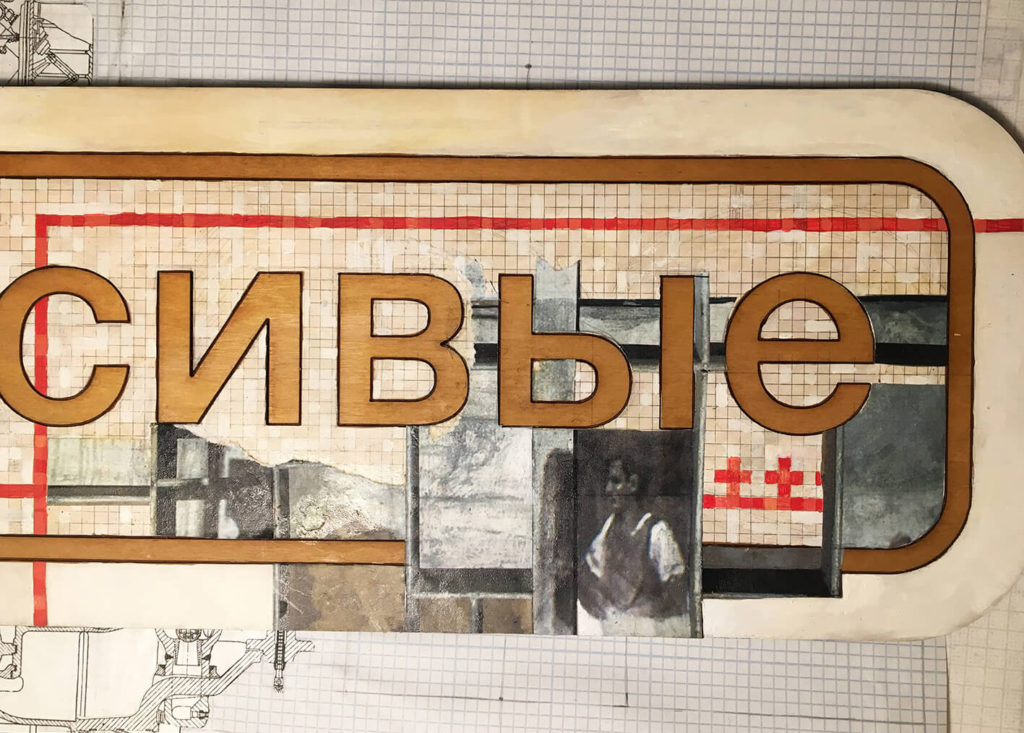 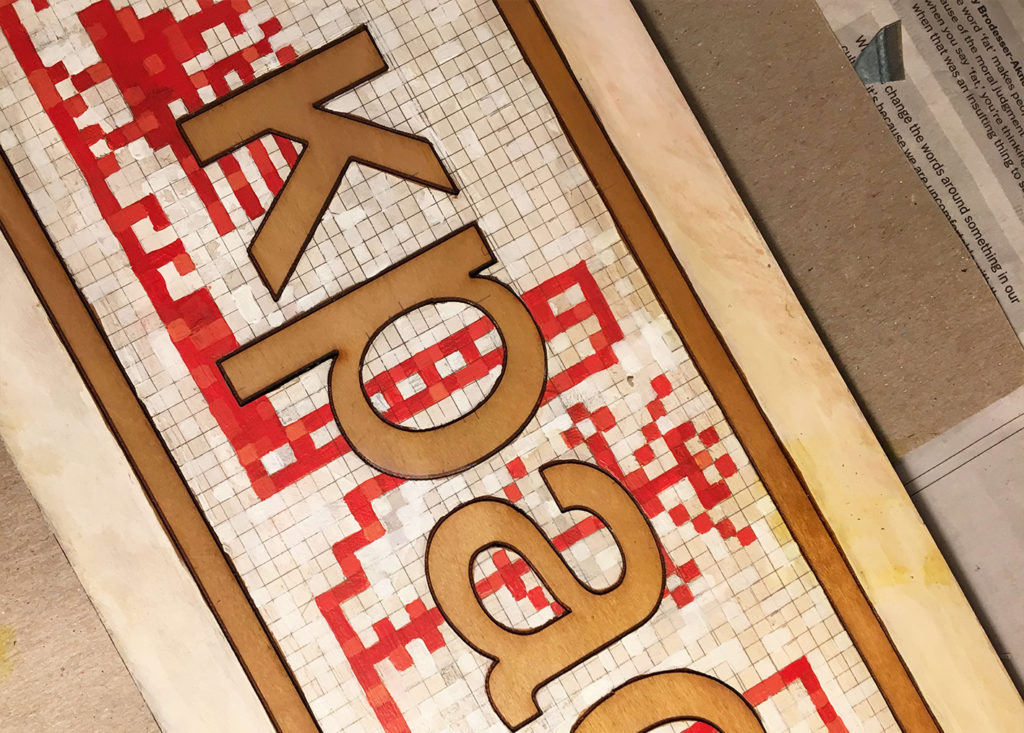 Sofya’s design employs the iconography of Russian embroidery transformed visually into what appears more like a pixelated dusty floor or the mosaic tiles of Soviet transit. The gridded linear path is disrupted by memory moments—moments during the journey when one remembers, dreams, and looks backwards. Sofya was born in the Ukraine soon after the Chernobyl disaster, fled the conflict in Azerbaijan with her family to settle in a Russian village, and immigrated to the U.S. as a refugee.

Sofya’s self initiated projects including her Travails series examine life in the former Soviet Union and related themes including migration, material culture, and memory.

← Welcome to our new website! The most un “Swiss” poster design that could only have been designed in Switzerland →